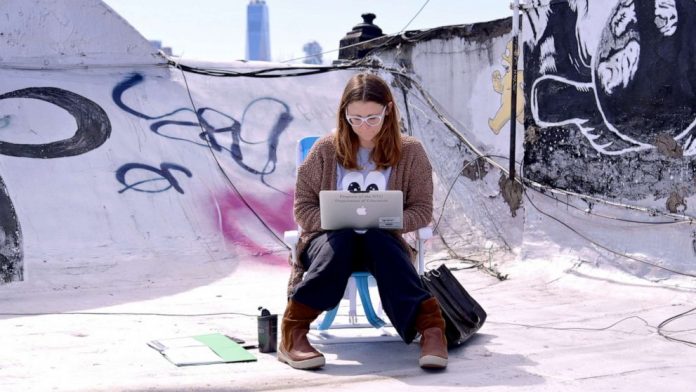 As the novel coronavirus makes its insidious way around the world, many businesses have mandated that employees whose work does not require their physical presence to work from home – a real-time stress test of America’s internet infrastructure.

Experts are seeing traffic surges in both home broadband Internet and, in some instances, cellular traffic – specifically, an increase in video conferencing on phones.

Consumer home voice calling minutes of use were up 45% from an average Monday.” The company said its core network traffic, including “business, home broadband and wireless usage,” was up 27% on Monday compared with the same day last month.

Charter Communications shared with ABC News that it has seen “some increased daytime network activity — especially in areas with larger COVID-19 impacts.”

And in a posting on its website, Verizon said that the company’s “wireless and broadband networks handled more than 218,000 terabytes of data this past Monday alone.” The company also saw a surge in Virtual Private Network traffic.

VPNs allow people to create a secure connection over a public network, such as like the internet, to reach a private network. VPN traffic was up 52% over a typical day on Verizon’s network.

Internet broadband and cellular networks have limitations. How sustainable are these networks, especially when no one knows how long coronavirus lockdowns will continue?

“There is the core of the internet, which I think is fine,” Suttles told ABC News. But his company’s data shows problems are popping up in residential communities because “the internet built around them is not built for this usage.”

“Everyone’s working from home, there’s lots of video consumption, video conferencing,” he added. “We’ve seen, in select areas, a much larger degradation in performance, specifically in residential areas — dense, residential communities. The commuters are all at home.”

ISPs prepare for peak consumption in evening, when everyone’s typically home, not such an all-day “overdrive,” he said.

What’s causing that increase in demand? Suttles said it’s video conferencing, which “has a much greater impact on upload [speed],” he said.

Paul Carter, CEO of Global Wireless Solutions, said his company has also been keeping track of usage patterns, in particular cellular networks. He likened the current demand for connectivity to Super Bowl Sunday.

“When it’s time for the Super Bowl, operators spend millions of dollars [to meet demand]. Now, it’s like the whole country is kind of like the Super Bowl,” Carter said to ABC News.

He said COVID-19 has placed unique demands on carriers.

“Now, all of a sudden, everything has been turned on its head. There is a lot less mobility, people are sheltering at home, often in suburban areas. People are spending more time on their devices,” he continued. “There’s a blur between personal and work use. Currently, people are starting their day maybe earlier, so that the workday is longer. You are at home for the whole time, so you are doing more activities on your phone.”

Carter said network operators are seeing a spike in voice communications, particularly with Wi-Fi calling, in some cases a “75 to 100% increase.”

“You are using your home broadband to make the initial connection, and then it’s forwarded by your cellular service provider,” Carter added.

But he said he’s optimistic carriers can meet the demand.

“They have been preparing for 5G, not just on the front end but on the back end, the core network,” he said. “So they have been building capacity into the network. Wireless network operators are working hard to fill [performance] holes, but it’s a testament to them that the networks are holding up so well already.”

In the case of dense residential areas that may not get the same performance as larger, urban areas, Suttles suggested operators may resort to throttling bandwidth, as was done recently in the EU.

What to know about Coronavirus:

“Just like [with] Netflix, [operators] could force lower resolution. [You won’t have] as good an experience,” he said. “We’ve seen a lot of outages in Zoom, these platforms are getting taxed in ways they have not been before.”

Zoom, a video conferencing platform, has seen such an increase in demand that its stock rose earlier this month, despite Wall Street’s rollercoaster performance.

“We are confident that our architecture is built to handle these growing levels of activity. Our unified communications platform is architected from the ground up to address the most technologically difficult aspect of communications: video,” Zoom said in a statement to ABC News.

In the meantime, non-commuters can take steps to bolster their bandwidth while working from home. Suttles suggested using a combination of cellular and home broadband, especially since cellular networks are seeing less of a surge in demand.

“Tether your laptop, or one of your devices to [cellular], then [other devices to broadband] to spread the load,” he advised. “Perhaps if Zoom works great over [cellular], use that one computer connected to your phone for that Zoom call. Figure out which of your connections are best.” 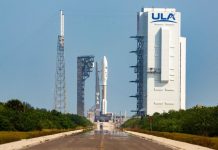 ‘Open Your STUPIDLY Abandoned Plant’: Trump Lashes Out At GM &...