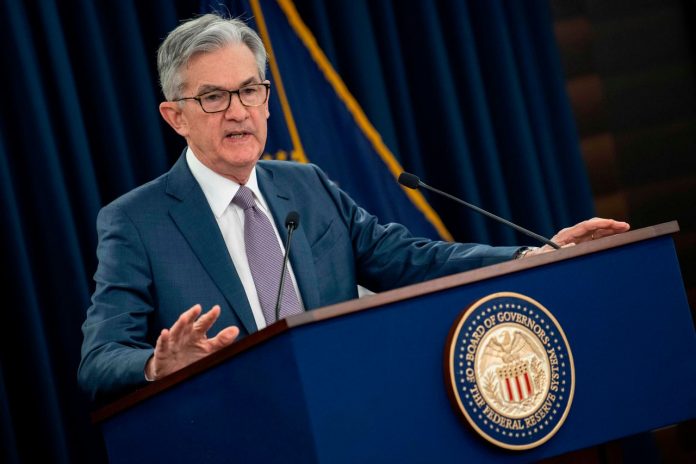 The number of Americans filing for claims was nearly five times the previous record high. The surge was for the week ended March 21 and could rise further. Pennsylvania, Ohio and California were among 10 states reporting more than 100,000 claims, leaving unemployment systems overloaded, Eric Morath, Jon Hilsenrath and Sarah Chaney report.

The weekly jobless claims report shows how many people applied for unemployment insurance. It’s a very rough proxy for layoffs. And it’s a lot. For the entire month of January—the latest month of data available—there were 1.68 million layoffs and discharges across the U.S. Meanwhile, most companies have stopped hiring. That’s going to hit upcoming jobs numbers hard, if not in the March report then certainly in April and May.

Private-sector economists are forecasting net job losses ranging from 8 million to 17 million and beyond in coming months. By comparison, the labor market lost just more than 8.7 million jobs from January 2008 through February 2010. Unlike the last recession, some economists are expecting a quick return to growth. “If we’re really lucky you might see some of those jobs coming back in June,” said Capital Economics economist Paul Ashworth.

Heard on the Street’s Justin Lahart writes that Wall Street economists might be underestimating how long the downturn will last.

In the space of a few weeks, they have gone from saying that the U.S. would skirt recession to forecasting the deepest economic contraction in most Americans’ living memory. But most also believe that the economy will bounce back substantially in the third quarter—not by enough to dig it out of the hole dug in the second quarter, but putting it on the road to recovery.

There are jobs out there, and not just in retail and health care. Moving companies, food makers and others say they need help, too.

Economists say most of the opportunities involve getting food, medicine and other essential supplies to people. Blue Apron Holdings is hiring as demand rises for its pre-apportioned meal kits. Pet-food suppliers and cleaning products manufacturers are hiring logistics and distribution staffers, Chip Cutter reports.

Federal Reserve Chairman Jerome Powell said the U.S. economy “may well be in a recession,” but that the central bank is taking unprecedented action to help ensure economic activity can resume as soon as the coronavirus pandemic is under control.

The Fed has slashed its benchmark rate to zero and unveiled a series of programs to boost lending. By Friday, it will have also purchased nearly $1 trillion in Treasury and mortgage securities over the past two weeks, Nick Timiraos reports.

China is getting back to work. With new infections dwindling, factories are restarting, stores are reopening, and people are venturing outdoors.

In some ways, China is where the U.S. and Europe hope to be within weeks or months. Yet many Chinese factories find demand for their products has evaporated as consumers world-wide are reluctant to spend because of the pandemic.

India’s government unveiled $22.5 billion in spending to help the country’s poor survive a nationwide shutdown. The lockdown has begun to jeopardize the lives of millions of daily wage earners and workers who need to earn on a daily basis to eat and provide for their families, Rajesh Roy and Eric Bellman report.

The European Union, the world’s second-largest economy, was built on free movement of people and goods. Coronavirus has suspended that model, upending commerce and communities.

Road-travel restrictions, some imposed unilaterally as the pandemic hit this month, combined with grounded air transport, threaten companies’ ability to produce and deliver vital goods and services, including food, medicine and pesticides, as well as medical care, Laurence Norman and Drew Hinshaw report.

Pandemics depress the economy, public health interventions do not. “We find that cities that intervened earlier and more aggressively do not perform worse and, if anything, grow faster after the pandemic is over.

Ford Aims To Resume Production In Less Than Three Weeks Despite...