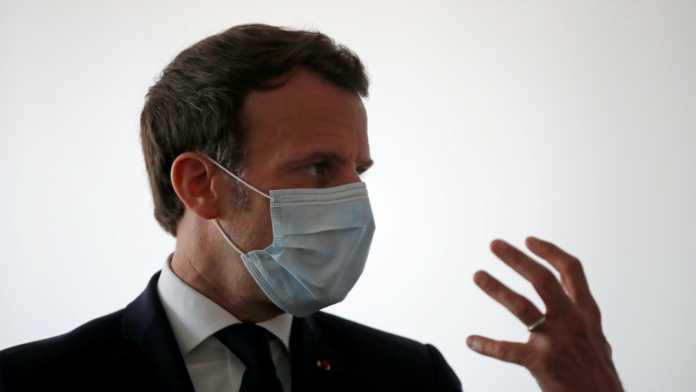 At the end of March, radios in France aired a public appeal for donations to help fund hospitals that are struggling to care for the increasing number of COVID-19 patients in the country. The appeal stated that all such donations would be “tax deductible”, but did not explain why the French state, the sixth largest economic power in the world, is in need of the generosity of private citizens to adequately fund the country’s healthcare system during a pandemic.

Soon after this appeal, we have been informed that our hospitals are in desperate need of not only money but also protective equipment, including the most basic items such as masks and gloves. We have seen shocking images of nurses trying to treat patients while wearing garbage bags and swimming goggles for protection. The shortage was so severe that some hospitals felt the need to directly appeal to members of the public to send any protective equipment they may have.

The situation was even worse in French overseas departments such as Martinique, Guadeloupe and French Guiana, where the government was forced to accept the help of Cuban doctors in the fight against coronavirus in these territories. For Reunion Island, the best the French state could do was to deliver a bunch of mouldy masks.

Many were shocked to see France, a country once famed for its strong social security system, fail to respond to this public health emergency efficiently. However, the French healthcare system was struggling long before the start of this pandemic. Last December, for example, 22 babies infected by bronchiolitis in Paris had to be transferred to Rouen, Amiens, Caen or Reims, because emergency paediatric services in the capital were too overwhelmed to take care of them.

So, how exactly did a country which was praised by American documentary maker Michael Moore as a “healthcare paradise” in the 2007 film Sicko end up in this situation?

No ‘magic money’ for healthcare or research

In 2019, France experienced one of the longest and most widespread strikes in its recent history in response to the changes President Emmanuel Macron proposed to make to the pensions system. Hospital workers also attended these protests, not only to protect their pensions but also to demand better working conditions and funding. During these protests some even carried banners that read “the state count the money, we will count the dead“, but the government chose to ignore their plight.

A year earlier, when President Macron visited the University Hospital of Rouen to promote his government’s autism plan, a caregiver told him in front of tv cameras that the number of available hospital beds and services in the country are decreasing daily and that the healthcare system urgently needs more money and more staff. Macron swiftly ended the conversation by claiming that “there is no magic money” to give to the hospitals.

Within the same year, a collective of researchers met with the president and begged for five million euros to maintain 50 jobs in the National Centre for Scientific Research (CNRS). Macron chose not to give this relatively small funding to the body that would lead the research efforts for cures and vaccines in the face of major epidemics, such as the ongoing coronavirus outbreak.

The fact that repeated calls by healthcare workers and researchers for more funding fell on deaf ears was not surprising to anyone who had been following Macron’s political career.

Macron served as the minister of economy under President Francois Hollande and was in charge of implementing his controversial labour reform that brought thousands of French citizens to the streets to defend their most basic rights.

During his presidential campaign he presented himself as the candidate of “change” and won a resounding victory against the far-right candidate Marine Le Pen. However, once he took the presidency, he forgot his promise of delivering “change” and did nothing but follow the neoliberal policies of his predecessors. While not hesitating to give controversial tax breaks to the rich, he focused on saving money by weakening the welfare state and slashing the benefits citizens receive.

While Macron’s austerity-focused neo-liberal agenda undoubtedly contributed to the deterioration of France’s social security system, the dismantling of the country’s public health service started decades ago. In 1983, Socialist President Francois Mitterand’s government decided to follow strict austerity policies for the first time, in a move that was contrary to the core values of the Socialist Party. Since then, consecutive governments pulled France further into austerity, stripping the healthcare system to its bare bones and leaving the country defenceless against public health threats such as pandemics.

According to French economist Thomas Porcher, French hospitals lost a total of 70,000 beds in the last 15 years thanks to these austerity policies, with 4,200 beds being lost in 2018 alone. Last year, a third of the grounds of Paris’s oldest hospital, Hotel Dieu, was sold to a real estate developer, which plans to transform these historic buildings into shops and restaurants.

As a result of decades of policies that valued profit over lives, today the French healthcare system is in such a bad state that the head of ER at Paris’s prestigious Pompidou hospital, Philippe Juvin, who is also a member of the right-wing Republican Party, recently had to admit that “in terms of health, France is underdeveloped”.

France’s social security system was once the envy of the world. But today, despite being one of the wealthiest countries in the world, France is struggling to deliver adequate healthcare to its citizens during a global pandemic.

Macron, like his predecessors, is running France like a business focused on profit and nothing else, ignoring the principles of equality, fraternity and solidarity that are at the core of our national identity.

But, as the coronavirus pandemic sadly proved, healthcare is not a business and cannot be treated as such. Cuts to this essential public service not only cost lives, but also damage the core values the French Republic claims to stand for. The choices that have been made over the last decade have been slowly but surely dismantling what used to make our country so proud.

As French healthcare workers continue their fight against this deadly virus that has already claimed thousands of French lives, our government needs to immediately change course and start making up for the mistakes they have been making for decades. If they do not act fast, the days when France was known and praised as a welfare state that values the health and wellbeing of its citizens will be nothing but a distant memory.