The remix to Ari Lennox‘s “BMO” is here and, with it, comes a fresh wave of lip-biting pandemonium. It features a cackling witch-like verse from Doja Cat who gets creative with her rapidly spit delivery for a brief, memorable escapade. Together these two are unstoppable. And extremely aroused.

Ari Lennox’s opening and first verse will never get old. You can feel her shoulders rolling, the thermostat going up, and the sweat beginning to materialize on your brow as she practically sighs a “U up?” text into your ears. Imagine hearing, “That body’s on fire/ Oh, love me long/ Until you get tired,” through warm breaths rubbing your eardrums. You’d melt into a Jamba Juice smoothie.

Straight off of a broomstick is Doja Cat for a rapidly rapped verse through pursed lips. She’s similarly ready to hop under the sheets with her crush, so much so that she’s ready to cast a spell and turn herself into a candy bar. “Break me off/ Break it like a Kit-Kat, taste it all,” she demands lustfully. She’s in charge of the mood tonight, clearly.

Lennox’s “BMO (Remix)” comes from her Shea Butter Baby Remix EP that dropped today (March 27). It features two other switched up tracks: “I Been (Remix),” with a guest verse from Smino, and “Facetime (Remix)” that brings along singer Durand Bernarr.

The original Shea Butter Baby, her debut studio album, dropped last May. “BMO” was one of its central tunes along with its title track that featured J. Cole and another sexy midnight jam, “Up Late.” 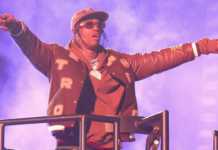 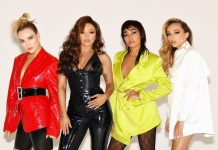